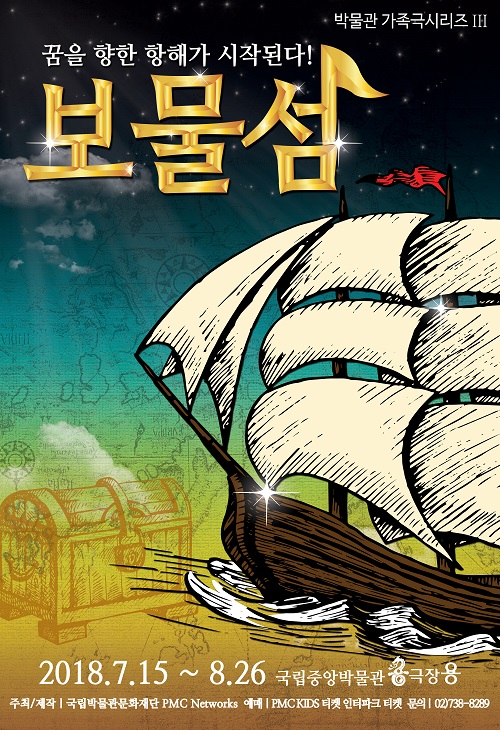 The fourth of series of children’s classic musicals made by PMC KIDS’s art director, Song Seung-hwan, Treasure Island came back this summer of 2018. This is such a treasured musical as it has played more than 1500 times since its first play in 2013 with the accumulated audience number of 250,000 and more, proving its artistic values and popularity.

The story is about adventure as “Jim” accidently receiving the treasure map, and his friend “Lubby” and “Doctor Libse” and “smallet captain” got on board in ‘hispaniolaho’ ship. Amazing three dimensional images and various stage conversion, and fun music and outstanding story, all factors of performance are enough to be the best musical which every ages of kids before school ages to lower grades can enjoy.

In addition. Treasure island is publicly known as a play for the writer Lubert Louise (the writer of Jekyll & Hide) to write for his son. As a classic story with lessens of brave and dreams that every fathers hope to deliver to their kids, this musical is worth expected as the best musical this summer